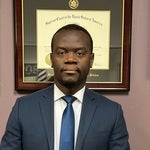 Admitted to Practice Law in MA

Attorney Ari Castel is the Managing Partner at Castel and Hall, LLP. Attorney Castel has extensive experience in immigration, personal injury, and civil litigation. He has represented numerous clients in both State and Federal matters. Attorney Castel is also certified to represent indigent families in the Massachusetts Juvenile Court. His extensive experience, knowledge of the law and innovative problem-solving tactics have earned him positive recognition throughout the Commonwealth of Massachusetts.

Massachusetts: All courts including the Supreme Judicial Court (SJC)

U.S District Court for the District of MA

Board Of Immigration Appeals

Board Of Immigration Appeals