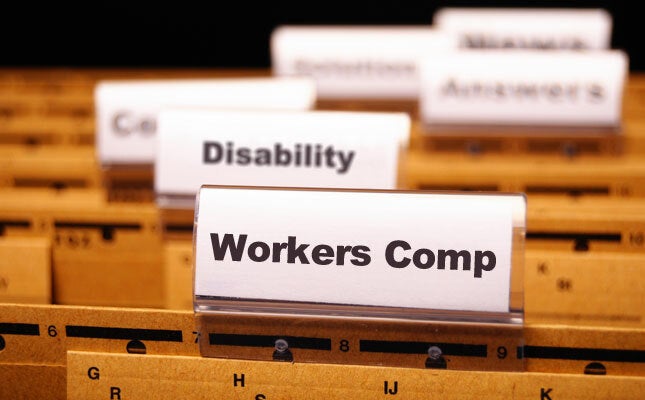 When an individual has been injured or develops an illness as a direct result of their job, often the aggrieved person seeks financial assistance. One can attempt to receive such help through a workers' compensation claim. Such has proven successful in cases where one can prove that they were injured or developed an illness in their normal place of business, on their normal work site, or while conducting business in the ordinary course of their job. Workers' compensation is a complex facet of the law, and special attention must be paid to the requirements of proof needed to vindicate a suffering person. Attorneys can help construct one's case in the best possible light to ensure accurate representation of injuries suffered coupled with adequate corroborative documentation. While this article will briefly explain many components of the law regulating such claims, it is always highly recommended that one consult with an attorney for the best results.

Throughout the state of Massachusetts Workers' Compensation is regulated by statute, namely Mass. Gen. L. 152, and case law. From the employee perspective, whenever injured at work the first thing one should do is seek immediate medical attention, and then he or she should inform the employer of the injury. The next step would be to file a workers' compensation claim with the employer's insurance carrier. If the insurance company accepts your claim, the process becomes quite simple and an injured employee can generally expect to receive their first disability check within 2 weeks. However, if the insurance company denies one's claim, they may want to request a hearing from the Massachusetts Department of Industrial Accidents (“DIA”).  In order to file a workers' compensation claim with the DIA, an individual must definitively know a variety of things including, but not limited to, the date of injury, illness or death; the 5th calendar day of missed work; the workers' compensation insurance carrier; the body parts and types of injuries sustained; and what type of benefits one is looking for[1] In completing a Form 110—Employee Claim, an individual is also “required to attach copies of at least 1 [of the following] item[s] . . .” unpaid medical bills, medical reports, any reports that supports how the accident happened, witness statements, or a list of witness names.[2] While this process sounds straightforward, often a successful filing will include accurate completion of a variety of other forms. Which forms are required depends heavily on the facts and circumstances of each case, though the vast majority of them can be found on the Massachusetts government website.[3] In such an event an individual would be well advised to seek the advice and assistance of counsel.

It should be noted that the benefits available to an injured person depend almost entirely on the extent and duration of the injuries or illnesses sustained absent extreme circumstances. In Massachusetts the compensation can range from full coverage of all medical costs to financial assistance in the event that the worker is permanently or temporarily disabled. Based on the laws of our state, an individual who becomes totally and permanently incapacitated (i.e., can never return to their job) as a result of a workplace injury is entitled to two-thirds (66%) of the worker's average weekly wage.[4] If, however, the individual it totally incapacitated but the injury or illness is not permanent, such a person would receive sixty percent of the worker's average weekly wage for up to 156 weeks.[5] If the incapacity is only partial, the injured employee would be able to collect sixty percent of their gross average weekly wage.[6]

It is important to keep in mind that Worker's Compensation is also regulated by case law. For example, the state judiciary has established that the definition of “employee” in the independent contractor statute does not displace the definition of “employee” in G. L. c. 152 §1, and is not used to determine employment status for workers compensation claims under G.L.c. 152.[7]  The appellate and supreme judicial courts of Massachusetts have commented on other aspects of workers compensation law holding that a “major cause” of injury need not be more than 50%, and in fact there may be more than one major cause for the injury or illness sustained. Further, the courts concluded that a workers' compensation insurer cannot be compelled to pay for an employee's medical marijuana.[8] These are just a few examples of the considerations that must be made at all stages through the process of attempting to obtain compensation. Given the complexity of this area of the law and the continuous changes of case law and statute, it is always strongly recommended that all people confronting a workplace or related injury consult with a learned attorney.